Working in beta – implications for museums and their visitors 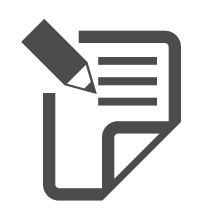 Abstract: As the inclusion of New Media is fast becoming an established component of the exhibition development process, a stark division is becoming apparent between a small number of big, often […]

Abstract: As the inclusion of New Media is fast becoming an established component of the exhibition development process, a stark division is becoming apparent between a small number of big, often national, museums with the capacity to maintain in-house digital media departments, and the vast majority of museums which must outsource digital technology projects. The University of Amsterdam’s Allard Pierson Museum is exploring new, low-budget ways in which smaller museums can develop digital installations in-house. The museum’s collaborative research programs and technical partners from European universities have created opportunities to test and evaluate developing technologies. This paper covers two such technologies: an Augmented Reality (AR) iPad application and Leap Motion technology. Both were implemented in a new Ancient Egypt exhibition in July 2013. The AR software gives museums unprecedented access to content creation and implementation without requiring specialized knowledge or outsourcing by providing an internet-based template. Sensor-based Leap Motion technology was used by the Allard Pierson Museum as a low-cost tool for offering visitors digital interactions with physical objects. In both cases, the museum is working with beta versions of the software and remains in constant dialogue with the developers to fix problems and deliver feedback, also after the installations were released to the public. This paper compares the overall effectiveness of both technologies, examining the benefits and consequences of working with beta technology for smaller museums. In order to better understand the impact of this way of working, we identified two areas of research. First, we evaluated the ease of use of the two technologies for the museum itself, including limitations, and the potential for other museums and future use. Second, we analyzed visitor responses to and experiences with the new technologies. Our observations were supplemented with visitor interviews and evaluation forms in order to obtain quantifiable feedback.

This paper presents research performed by the three authors within the context of both the v-must project as well as meSch.

The abstract can be found in the NODEM digital repository: http://repo.nodem.org?objectId=173.